Tony’s Blog
If we’re going to change the world, we’ve got to start in our own backyard.

I was reading a newspaper article yesterday evening about a municipal councillor who was opposed to a solar installation by a private party on the basis that he didn’t think the public could afford to pay the 30-39 cents per kilowatt hour that the provincial government was offering.  It struck me as a strange dynamic; provincial government incenting investment, and municipal against it.  But, hey it’s politics, I usually don’t try and figure it out too much.  But the councillor’s comment about the public not being able to afford these “high electricity rates” being paid somehow reminded me of a time of my youth when I was about 19 and was travelling around the world after high school in the mid 80’s.  I spent considerable time in Europe, particularly Germany, and I remember when I was there I was shocked by the high price of gas and that it was all non-leaded as they had banned the leaded gas before North America. Our gasoline prices at home were still about a 1.20 a gallon, and in Germany it was selling for in the 70 cent range per litre if I remember correctly.  Now here we are paying 1.20 and more a 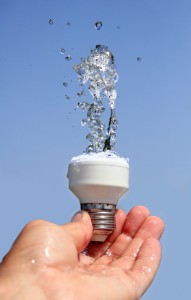 How much is a 10KW unit anyway?

How much is a 10kW one anyway?