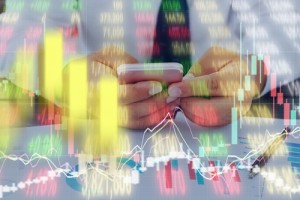 Comments by many who argue that Feed in Tariff programs just create “false or fake markets” and “that In a free and democratic country, a commodity’s price should be determined by the marketplace and subject to the laws of supply and demand” are based on the assumption of perfect markets. Therefore, they argue that feed in tariff programs are just unfair subsidies to certain producers that the expense of consumers. The problem is that the “marketplace” is anything but perfect.

In Ontario, The Liberal government eliminated coal fired electricity generation, but coal was very cheap. So why did they do it? They did it because the price of coal didn’t include the other costs of coal, the externalities that arise from burning coal like pollution that causes people to be sick, that raises health care costs, that causes people’s lives to be miserable, that causes lost production from having people sick, and the cost of future global warming and the costs of what we’ll have to do in the future to deal with global warming. In other words our market place doesn’t “price” coal correctly at what’s it’s real cost should be. So when the government tried to factor in these other things, they determined the real cost of burning coal was much higher and decided not to use it.

So I would say that any market place that doesn’t factor in all costs like externalities is a false market. This means we’ve always lived with a false marketplace. We used to live in a world that could ignore these things and it didn’t affect us much but with a population over 7 billion worldwide we can no longer do this. The problem is that our economic system and accounting systems are not keeping up to the new realities.
So give me a break, our marketplace before FIT was a completely false market because it certainly didn’t factor in externalities and this hasn’t changed much. This is why governments around the world are trying to put a price on carbon in an attempt to in some way factor in these extra costs that our current economic and accounting systems now miss. And this as a general trend is a good thing.