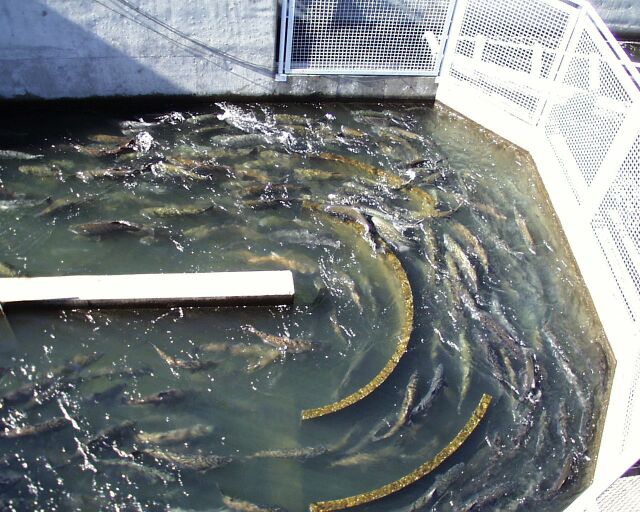 We’d love to install upstream fish passage wherever it’s required. Who wouldn’t. But hey, this is the real world, and sometimes we just can’t afford to do it. Yet, some people think because we make money selling power and that we’re a business, that we should be forced to install and bear the cost of upstream fish passage if we want to install a micro waterpower installation. Well hey, I guess those in charge and the public in general can require and demand whatever they want. But if it doesn’t make sense economically, it doesn’t make sense economically, and neither the upstream fish passage or the renewable energy project won’t happen. This strikes as just plain odd thinking: To deny a renewable energy project at an existing dam site because we can’t afford upstream fish passage is strangely bizarre thinking since both benefit the environment and therefore society in general. It’s sort of like saying “I’m not going to accept a your offer of a free car, if you don’t give me a carribean vacation also”. Hey, but who said people were rationale and that the world made sense…….the next thing you know we’ll be forcing those groups that want to install fish ladders/passages to install renewable energy systems at the same time, or not let them install those fish passages!

At some point it should be recognized that while we may make money for our project owners, it is the public in general that is the beneficiary of the cleaner air, and the contributing effect of trying to reduce global climate change that comes from our installations. And you get it for free!